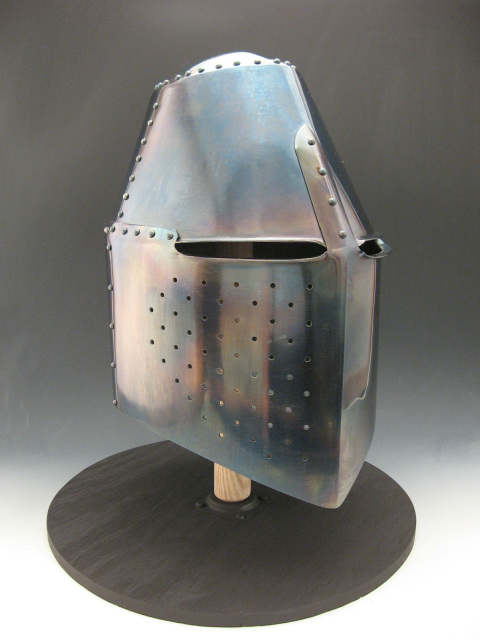 This helmet is a reproduction of Sir Richard Pembridge’s helmet, dating ca. 1375, currently in Edinburgh, Scotland. By the end of the fourteenth century, the helm was often worn over a steel skull cap (cervellier) and maille hood. This type of head protection was used during the early years of the Hundred Years War. Later versions of the great helm became more reinforced and were eventually relegated to use as a tournament helm. Our reproduction is made of 14 ga. steel and features a heat-blueing that is resistant to corrosion.