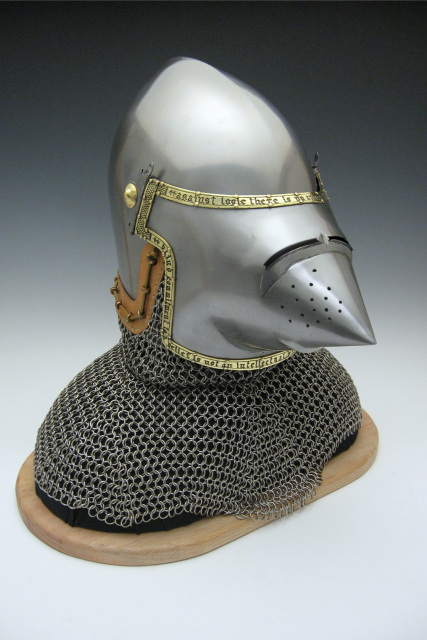 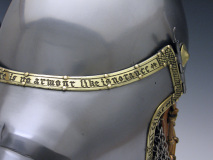 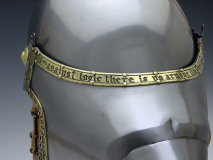 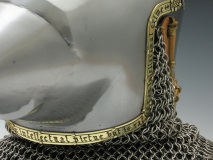 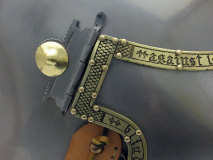 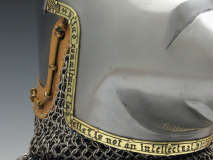 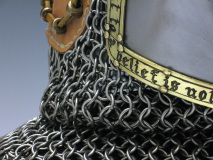 A hounskull was a form of helmet almost invariably used by knights and other mounted men-at-arms from the mid 14th century until the early 15th century. It offered extensive protection for the wearer’s face at the cost of some visibility, but the distinctively pointed visor was designed to deflect arrows and thrusts when needed. The visor was also designed to be raised or lowered or removed entirely. This helmet is made of 14 ga. mild steel and features all of the elements of an original hounskull bascinet with the exception of the eye slits (oculars) and breathing holes. This was done for conceptual reasons as the piece was produced as a work of art.