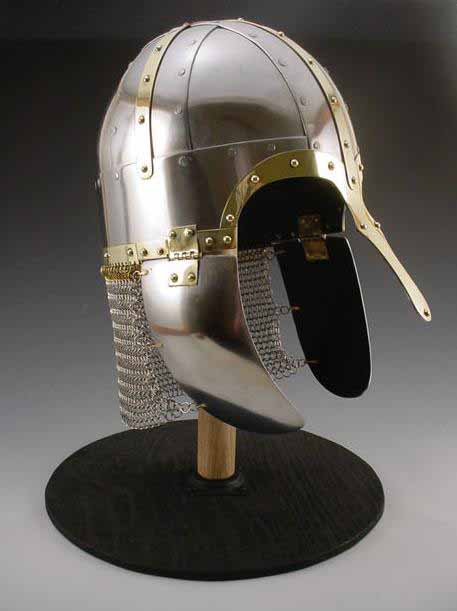 The Coppergate Helmet (also known as the York Helmet) is an 8th century Anglo-Saxon crested helm originating from the city of York in the United Kingdom. It features two hinged cheek plates, a maille curtain and a nose-guard. The original helmet had been hidden in a well found near what is now the JORVIK Viking Center, and was damaged as it was uncovered by a mechanical digger in 1982. It now resides in the Yorkshire Museum The original featured richly decorated brass ornamentation, but our client requested a more simplified design. Our reproduction was constructed of 16 ga. mild steel.