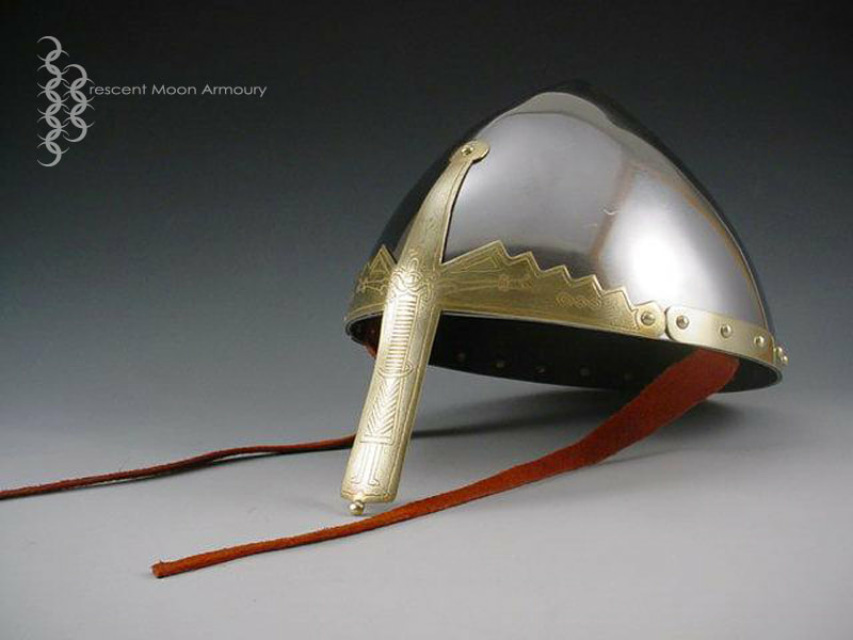 This helmet is a reproduction of a conical helm worn by Wenceslaus I, now on display in Prague Castle in the Czech Republic. While the skull of the original is a cone raised from a single sheet of steel, our reproduction was produced through modern welding techniques out of 16 ga. mild steel to keep costs low for the client. Like the original, the helmet features a simple brow band and a decorated nasal riveted to the front. The original was probably worn over a maille coif, as shown on the Bayeux Tapestry, providing protection to the back of the head and neck. Wenceslaus I (ca. 907-935) was the duke of Bohemia from 921 until his assassination in 935, possibly by his own brother, Boleslav the Cruel. Wenceslaus’s martyrdom gave rise to a cult due to his heroic goodness during his reign. He was elevated to Sainthood by the Catholic Church and is the patron saint of the Czech saint. The Christmas song, “Good King Wenceslas” was written about him in 1853.